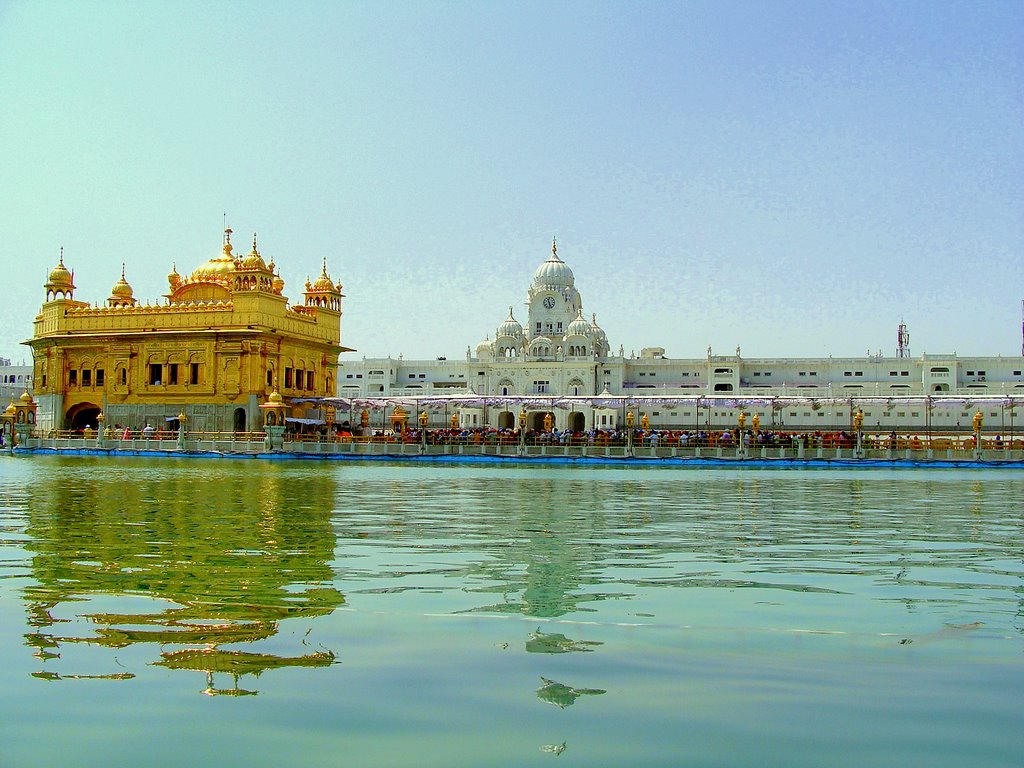 Punjab is a venerated state not only famous for a courageous history and warm hospitality of its people but also their firm beliefs and unswerving devotion. You will find various Sikh temples in Punjab where people come to pay homage from different corners of the world. These sacred places of worship are popular as symbols of devotion and emblems of unshaken beliefs. People believe that a mere visit to these temples will fulfill their long-awaited desires and bless their lives. Plan a tour to majestic Sikh temples in Punjab by car from Rental Tempo Travellers.

A Soulful Trip to Sikh Temples in Punjab

Punjab is primarily famous worldwide for its temples and gurudwaras. Each of these gurudwaras from Amritsar to Anandpur Sahib has a unique story of origin. Despite their superficial differences, every gurudwara has some things in common. You will find a Darbar Sahib in every gurudwara where they keep the holy book called Guru Granth Sahib on a Takht. One of the most astounding features of Sikh gurdwaras includes the langar or the community kitchen that serves free community meals to every visitor. We at Rental Tempo Travellers provide outstanding tour packages to visit Sikh temples in Punjab by car. Here are some of the temples that we cover:

Also known as the Harmandir Sahib, Golden Temple is a sacred Sikh gurdwara in Amritsar, Punjab. A marble walkway and a pool of holy water called the Amrit Sarovar surrounds the temple. The Golden temple fascinates everyone with its unique blend of Hindu and Islamic architecture.  The upper levels of the temple have a gold covering, hence the name.

It is one of the five cardinal Sikh Takhts located in the district of Anandpur Sahib. It is the birthplace of Khalsa, the brave Sikhs who fought to protect their values, principles, towns, and temples. Khalsa follows a five K’s tradition, which includes Kesh or uncut hair), Kangha or wooden comb, Kara or the bracelet, Kirpan or the sword, and Kacchera or shorts. Every year Khalsa showcase their military skills on Vaisakhi in the Hola Mohalla festival. The gurudwara also displays many historical artifacts belonging to Guru Gobind Singh.

Damdama Sahib in Bathinda is an impressive Gurudwara famous for being the place where the tenth Sikh guru, Guru Gobind Singh prepared the complete version of Sri Guru Granth Sahib, the holy scriptures of the Sikhs.

Taran Taaran Sahib in Majha is a huge and beautiful Gurudwara founded by the fifth Sikh guru, Guru Shri Arjan Dev. You will find the world’s biggest holy tank in this gurudwara built in the 1700s. Likewise, the bright and glittery gold-plated walls will mesmerize you. Not to mention the astounding craftsmanship on the interior walls and ceiling of the sanctum sanctorum.

Gurudwara Fatehgarh Sahib has a special mention in the history of Sikhism. It symbolizes the place where the sons of Guru Gobind Singh named Zorawar Singh and Fateh Singh were executed by the Mughals in front of their grandmother Mata Gujri. The place also has an underground space called Bhora Sahib, where the two kids were buried alive. Moreover, there is a cold tower called Thanda Burj, where the kids were kept with their grandmother.

Baoli Sahib is a sacred well of Sikhs constructed by the Gurus, where grand staircases lead from the ground level to water.

We at Rental Tempo Travellers provide fascinating affordable tour packages from Delhi to Punjab. Unveil the mystical stories behind different Sikh temples with our astounding Sikh temple tours by car. Choose a comfortable, chauffeur-driven sedan from our fleet of luxury vehicles. Likewise, book an Innova, a Dzire, or an Ertiga for a small family tour. Besides, you can book a 9-12 seater Maharaja Tempo Traveller for a large group trip.

We provide well-maintained, clean, and safe A/C non-A/C vehicles with all basic amenities. We also offer customized tours according to customer preferences. The prices will vary slightly for different sedans. Visit our website for more details on available tour packages or contact our tour operators forthwith!